Saturday May 19th @ 1700hrs, FemsterImages made a special delivery and headed to Baltimore, MD where client Dipo and Funsho were getting married. Femster was able to set up the projector and deliver the video for the couple entitled “Be your Man” performed by Dipo. The couple was overjoyed with the premier of their music video to their guest totaling more than 400. FemsterImages again was able to satisfy a love bride and groom delivering a great quality video on their wedding day.

Last week Saturday, FemsterImages took on a wedding video project for groom, Dipo and his lovely bride, Funsho. The locations were scouted out to shoot the video using Dipo’s “Be Your Man” song. Dipo, which happens to also be the grooms name, took on the lead role and belted out tunes to his bride-to-be Funsho. The day began deep on some train tracks found in Bowie and went out to a park in Largo to capture the couple on a bridge with lovely scenery. As the day progressed the couple became more and more comfortable playing their roles in the video allowing Director the to shoot flawlessly. The video will premier at Dipo & Funsho’s wedding reception, May 19, as the guest are sitting. Stay tuned for more projects by FemsterImages, its going to be a busy summer. Special thanks to Jammie aka JJC for the script. Great Job! 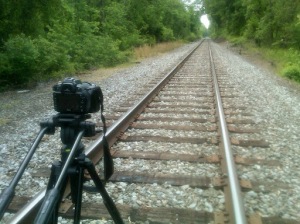 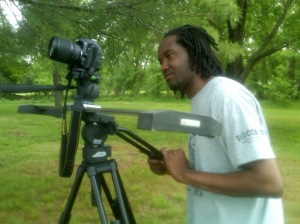